Git released new versions of their version control software last month and documented here is my experience installing version 2.18.0 64-bit Git for Windows and version 2.18.0 built from the source on WSL Ubuntu.

After installing version 2.18.0 for Windows, I was puzzled when all of the files were showing as modified directly after cloning a repository. When files are showing as modified, this can sometimes be caused by different file line endings such as LF or CRLF. Since I use git across Linux, OS X and Windows, I always configure with git config core.autocrlf input so there is no line ending conversion when files are checked out. When committing files, CRLF will be converted to LF. For cross-platform projects, this is the recommended setting on Unix. Line ending differences were not an issue and I suspect either file permission changes or the cache rebuild when upgrading the new Windows Git was what caused my issue. Here is what I did to fix it.

First, I used git rm –cached to unstage the files. Then I used git reset --hard to write both the index and working directory from git’s data.

To provide some context, below are relevant screen captures from my Git for Windows installation setup. 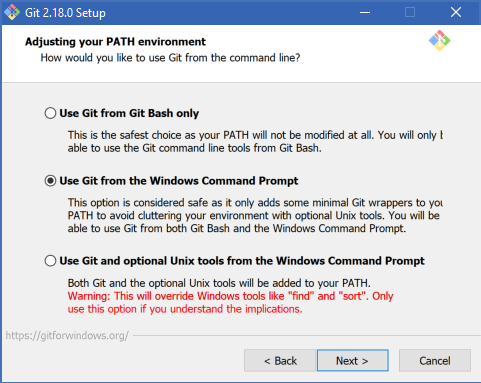 Choosing HTTPS transport backend to Use the OpenSSL library 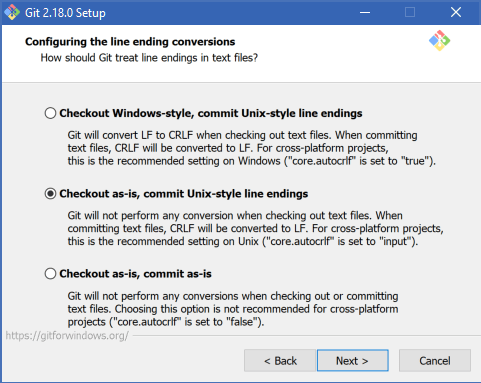 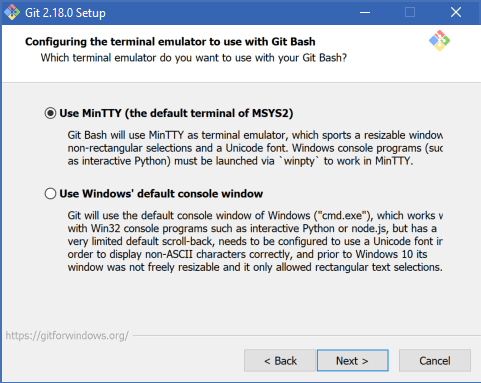 Configure terminal emulator to use with Git Bash > Use MinTTY 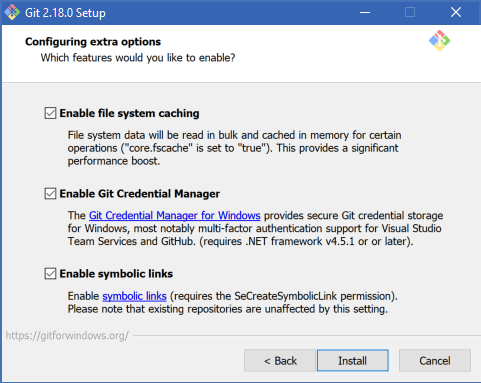 Prerequisite, Git for Windows with the PATH environment set to Use Git from the Windows Command Prompt.

I recommend installing the posh-git PowerShell environment for Git. This integrates Git for Windows with PowerShell to provide tab-completion and a modified prompt to indicate what branch you are in and other useful info. For installation instructions and more, view the projects README.md

To connect to your Git repos with SSH, An OpenSSH client is installed by default with Windows 10 version 1803 (Windows 10 April 2018 Update). This makes it possibe to now use SSH commands in PowerShell or the Comand prompt without the need for third party SSH Agent plugins. 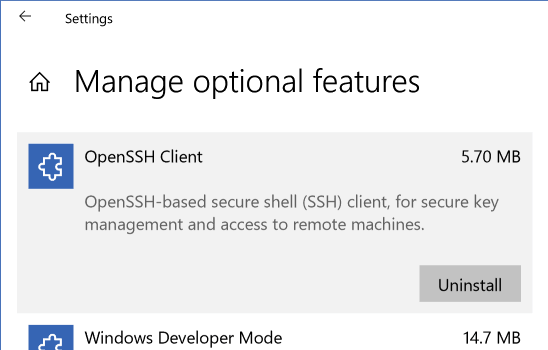 To see all of the available client tools, inspect the C:\Windows\System32\OpenSSH installation folder.

These steps are done from within the WSL Ubuntu terminal that is available from the Windows Store.

For me, on a recently updated Ubuntu 16.04, the Git version was 2.7.4, which is from March of 2016, over two years ago. To install the latest version, we need to build Git from the source code.

Install dependencies to build from the source.

Compile and install git from the source. e.g.,

If you need to convert line endings from CRLF to LF for an entire project, in Cygwin, use dos2unix.

Convert line endings from CRLF to LF for all files recursively from the current directory.